Toward the end of his life, Bach was considered dated, and a little boring—even by his talented composer sons. Oh sure, people (including the sons) understood that he was a musical master, but so what? Old man Bach, they reasoned, was the master of a dated, overly complex contrapuntal style. The new generation preferred a simpler, more direct, populist style.

Why am I beginning the liner notes of this collection of songs from the early aughts with a tale of Bach’s lack of fashion? Because, I suppose, it’s a useful way of defending my own lack of hipness. My sense that while musical time may have passed me by, it doesn’t render my work any less powerful on its own terms.

Am I comparing myself to Bach? Let’s save that for another day, perhaps 100 years from now.

But two things should be eminently clear as I release this collection, some of which are being re-released but with new mixes: one, nobody’s going to call me hip (and by extension, some will call me dated); but nobody who knows a whit about music can call me anything but a highly skilled master practitioner of my art.

I can, at least, say that I have those two things in common with old man Bach.

So let’s take a look at these tunes, 20% of which I didn’t even compose. (More about that later.)

Why the Uncollected part of the title? Clearly the are being collected here, and some of them we’re previously collected on a 2003 album called, Things Better Left Said. The truth is, I came up with the title a long time ago when I originally, tentatively released most of the set on Bandcamp (the place I use to release unreleased material until I’m ready to make it official.) The name stuck because I didn’t stop to think about what theme or themes might be running through the songs, consciously or not.

And now that it’s out, available on all the streaming services (and Bandcamp), I figured it out: this is a midlife crisis album. Why? Here are a few lyric examples:

There’s no way she’ll want you
So you know that there’s nothing to gain
She quickens your heart
But man how she slows down your brain.

I wanna be cantankerous
And difficult
With someone not so ironically detached
From the world
I wanna be uneasy,
Immature, sleazy
And not some bionically matched
Boy and girl
And so on…

It sounds like a guy, maybe between 40 and 44, who is questioning everything about his life.

I Didn’t Take Up Golf… 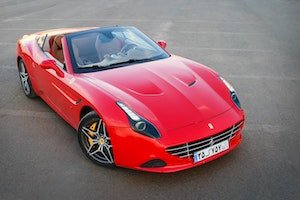 I did not have an affair. I was too lazy and set in my ways. Still.

(I didn’t take up golf, thank the gods.)

I was questioning everything, waking up from tortuous night’s sleep, wondering what the hell I was doing.

There are also songs here that seem to have nothing to do with a midlife crisis. For example, (Don’t Wake Me Up From) My American Dream is a kind of cynical realization about the true nature of the American Dream.  But even though it is not a love song, it is about the same basic thing: disillusionment with one’s hopes and dreams, etc. Falling out of love with the American myth, I suppose.

In any case, all of the songs from period one appeared on that original 2003 album. But the 2003 album was really two albums cobbled together into two very mismatched halves. With the exception of my rendition of Summertime and my original, Eliding with You, I’m only including songs from the more important (to me) 1st half of the album. The tracks from the 2nd half were recorded in 2001 and are mostly “jazz” standards. (Which bespoke an even earlier edition of midlife artistic crisis—I mean the fact that I would feel the need to record a standards album. Oy.)

Bob Dylan comes right in the middle of this collection—and at the very end.  There is a reason for his prominent placement: it was in my 40s that Bob taught me how to write lyrics. No, I didn’t study with him, but I studied him intensely.

Dylan, in fact, taught at least two generations of songwriters how to write lyrics and some of that has to do with his embracing of stream of consciousness, and concomitantly his not worrying about being using perfect rhymes and being perfectly symmetrical all the time. You’ll notice that lack of symmetry and stream-of-consciousness in the above-quoted Agreeing Like That. (Complete lyrics and track notes are below.)

To be clear, while I hold him in the highest regard, I wasn’t then and don’t in general model my writing after Dylan’s songwriting style. As with a lot of musical influences, Dylan’s approach simply freed me to explore alternative approaches to creating. My conception of songwriting really solidified in this period: a song must tell a story, have a beginning, middle, and end. It’s a mini-narrative, maybe the ultimate mini-narrative. So you’ll notice, I hope, that the songs in this collection have a story-like flow to them.

From what I can gather, Bach’s attitude about all the newfangled pre-classical trends being espoused by his sons and composers like Scarlatti was that you damn kids haven’t even mastered the basics. I often feel the same way about the hip songwriters today.

Most listeners of a certain age or younger will perhaps find the music to be dated. That’s because most people listen superficially. They either listen for novelty, something to titillate them, or its opposite, sentimentality—something to “take them back to a better time.”

I’m not particularly adept at either of those, so I supposed I’m both dated and indifferent.

So if you can’t be timely and you’re not really dated, you have to aim for timelessness. Can you even aim for that? Maybe not, but you can and must aim for excellence.

That’s what I’ve gone for here.

Improvisations on the Ledge

Improvisations on The Ledge

In “Improvisations on the Ledge,” award-winning composer-pianist Peter Saltzman searches for universal truths by stumbling upon them—both with words and music. The basic premise is simple: he improvises on the piano, then talks about what the music tells him. Then makes music about what the talking tells him. Then…well, it goes on like this. Droll, funny, dramatic, musical, short.

How we get from a single note to a theme (motif), to a full-blown musical structure (song, free improvisation, symphony) is seemingly a mystery. And yet it’s not.

Due to a naturally occurring acoustical phenomenon known as the overtone series, one note is not actually one note—there are in fact many notes vibrating above the single note (the fundamental) we think we’re hearing exclusively.

But consciously or not, we have an innate awareness of those other notes, the overtones that ring out from the fundamental. And that awareness, at some point in human history, led us to pluck those notes out of the air, string them together into themes.

And then what did we do? We repeated those motifs, and they become something larger. First simple melodies. Then, as we repeated, we varied: shifted a pitch here, altered the rhythm there, played the motivic idea from another starting point in the scale.

In no time (though nobody knows how many centuries or millennia “no time” took to unfold) we had the beginnings of musical structure.
Music exists in time, evolves in time. As soon as you repeat something over time, and then vary it, you are effectively creating an incipient structure—whether you intend to or not.

At some point in musical history, humans began to mean it—to order notes intentionally. But that intention always leads back to one note which has within it the potential to become all notes—themes, melodies, songs, and larger structures.

You have Successfully Subscribed!